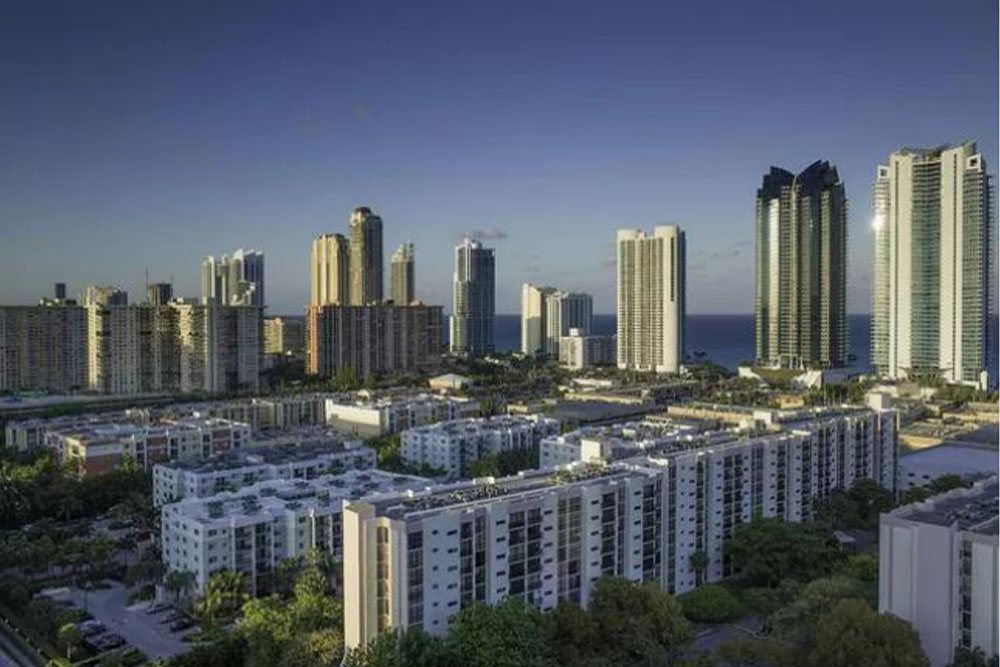 Snatch Back Miami Condos From Putin’s Oligarchs? Not So Easy
February 25, 2022

“Some of them very likely came with suitcases of cash,” Gielchinsky said. “They’re here and they’re buying condos,” he said.

Real estate professionals in the Miami area — a haven for foreign investment — said they don’t expect the war to cool the market; if anything, it might get a bump.

Miami’s condo market has been on fire.

“I’ve seen as much as 40-50% appreciation in prices over the last two years,” said Mike Pappas, president and CEO of The Keyes Co. “We are experiencing a 50% decline in properties on the market compared with two years ago.”

So it would take a lot for it to suddenly cool.

“You might actually get the opposite — a positive effect, because the U.S. has always been seen as a safe haven,” said J.C. de Ona, division president for Southeast Florida at Centennial Bank in Miami, who oversees both commercial and residential lending.

Gielchinsky said that in Sunny Isles, Golden Beach and Miami Beach, “There’s thousands of condos in those areas that have never been inhabited and will never be inhabited. We learned through the Panama Papers leaks a few years ago that those condos were basically built for and purchased by Russian oligarchs, so to speak, and other wealthy Russian businessmen … The way they would move money around was buying and selling condos. No one ever lived in them, but it’s a safe investment.”

Property-buying oligarchs have included Dmitry Rybolovlev, a billionaire who paid $60M over asking price when he bought a mansion from Donald Trump in 2008, and Alexander Yuzvik, an overseer of military and intelligence construction projects, the Miami Herald reported.

With geopolitical uncertainty and a drop in the value of the ruble, any well-heeled Russians with means are very likely moving their holdings now, Gielchinsky said.

“I expect that over the next 30 to 90 days to see a steady uptick in condo prices along that corridor like Sunny Isles, Aventura and Miami Beach.”

De Ona said Thursday that the ongoing fervor extends from buyers of individual units up to investors and builders.

“I went to lunch today with a client who’s a very large developer, and it was just like, ‘Hey, we’ve got all these deals going’ … I haven’t seen anything that would give me any indication that we’re going to see people pulling back capital or pulling back on a project — not at this time.”

Of course, Russia’s brutal and violent invasion has some people calling for President Vladimir Putin’s friends and beneficiaries to be punished economically. The United States this week announced sanctions against numerous banks, companies and individuals.

“We are extending the reach of U.S. sanctions to prevent the elites close to Putin from using their kids to hide assets, evade costs and squander the resources of the Russian people … Other Russian elites and their family members are on notice,” a National Security Council official told the Miami Herald, But Gielchinsky said he doesn’t expect that will lead to immediate change in Miami’s property market.

“In terms of the public outcry that we should take some sort of action, or somehow sanction the Russian oligarchs who have their fortunes here — there’s no real mechanism to do it.”

It could take time for specific individuals to be deemed responsible for this week’s violence, and more broadly blocking foreign banks comes with complications. Governments can even be guilty of war crimes for seizing enemy property, Gielchinsky said. The very wealthy who move freely around the world can buy real estate in cash or otherwise work around regulations pretty easily.

De Ona said enforcement of sanctions largely falls to workaday bankers. Any time his bank works with a new client to open an account or accept a wire transfer, it does due diligence. The bank’s back-office staff sets up customer information profiles and runs background checks that can turn up anything from parking tickets to arrests.

“We match up against [lists kept by OFAC, the Office of Foreign Assets Control of the U.S. Department of the Treasury], which will show any sanctioned individuals and families and businesses,” de Ona said.

Sometimes his staff tells the affected client they can’t handle his or her business.

”Typically we send [funds] back, or if the government wants us to hold the funds or something, we’ll do that,” de Ona said.

Regulators audit banks to make sure these anti-money-laundering controls are in place.

However, Gielchinsky said small, unscrupulous banks could look the other way. A buyer can also shield his or her name by setting up an LLC and buying property through it. Although recent regulations aim to show who is the “beneficial owner” behind an LLC, the measure lacks teeth. Banks and title underwriters would demand the LLC discloses its beneficial owner, but if a buyer pays cash, the transaction doesn’t even go through a financial institution that has any obligation to report it.

“You can show up with a million dollars cash at your local attorney, and put it in his trust account,” Gielchinsky said. “The bank may or may not call to verify the identity of who put the money in there. From there, it’s smooth sailing. If you want to purchase a condo, and you don’t want title insurance, you’re never going to touch the regulatory framework. The attorney is going to make the disbursements and you’re going to be a title owner. And many attorneys will set up your Delaware LLC [that] will own the trust account.”

It’s almost impossible to put the onus on a developer or seller to not sell to a shady buyer, Gielchinsky said. They could sell to a straw buyer, or a Delaware LLC or a foreign registered entity “and we’ll never know who’s back there. So there’s no real way to enforce it,” he said. If a buyer and seller deal in cryptocurrency, moving funds could be even easier, Gielchinsky said.

Anders Åslund, a Swedish economist and author of a book about Russian crony capitalism, told the Miami Herald he doubted sanctions would have much impact, but “the people in Miami are not really the top people” from Putin’s circle anyway.

Pappas said if the Federal Reserve moves ahead with planned interest rate hikes, that could have a potential cooling effect on real estate.

“Interest rates have risen by a point — every time that happens, it takes 10% of the buyers out of the market.”

And, of course, the geopolitical situation could get worse and eventually have an actual impact on Miami’s condo market.

“Time will tell,” Pappas said. “If the situation escalates further, it could take the steam off this frothy market.”