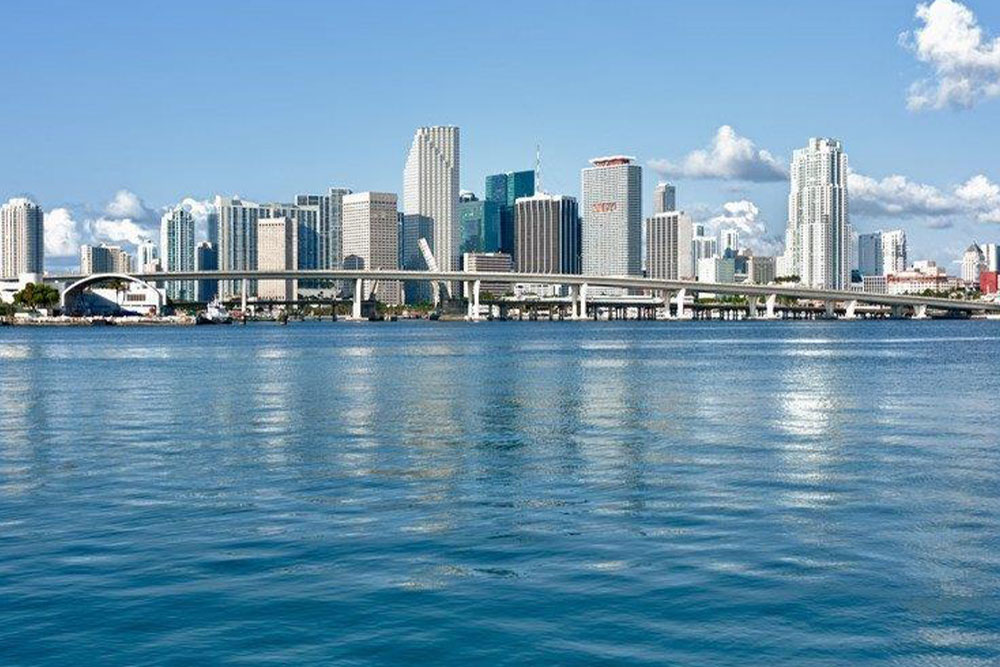 “The economic decision-makers are not being scared off by the new variant,” said Daniel Gielchinsky, founding partner of DGIM Law in Aventura.

Demand for commercial real estate in South Florida is not slowing down, even as a new COVID-19 variant becomes dominant in the U.S. With large deals and new developments in the pipeline, real estate professionals are predicting a strong Q1 and Q2 in 2022.

“The economic decision-makers are not being scared off by the new variant,” said Daniel Gielchinsky, founding partner of DGIM Law, a business law firm in Aventura.

“One would think, as interest rates go up, that prices would be going down, and I’m sure nationally we’ll see that in a few months if that’s what happening now. In South Florida, the office, commercial, multifamily and pretty much every asset class is continuing to perform to exceed expectations, or to at least to stabilize,” said Gielchinsky.

With much of the Northeast workforce relocating to South Florida and driving demand, prices are still high, and Gielchinsky doesn’t see them going down anytime soon. He said he’s seen the same overall trend in real estate litigation.

The most common real estate litigation Gielchinsky sees at his firm occurs when parties enter into a contract and agree to a price, but, sometime before the closing, the seller realizes that the market is still hot and that they could get more money with a different buyer or different timing to their contract.

“So, they effectively look for a different contract and a way to renegotiate their price,” said Gielchinsky. “Prices are still increasing. I don’t think it’s a fluke. Every single case that’s been coming in for weeks or months is the same pattern.”

“We’re seeing repositioning in the form of entertainment, where you have a commercial or retail opportunity but you have zoning for a laser tag type of thing, or a trampoline park or an arcade. There’s demand for that,” said Gielchinsky.

“They’ve seen the stock market a little bit, they want to own real estate, and the way they do it starts small,” said Miller. “Start with your neighborhood shopping center and little apartment community and build a portfolio from there. It really fuels the local real estate economy, and it also signals the next generation of owners and operators.”

“Even if you do see an interest rate increase and real estate becomes slightly less valuable, people will still choose to invest in South Florida because of all the drivers and demand, compared to some of the other locations,” said Miller. “I really believe South Florida is going to continue to be on this upward trajectory.”

‘You Really Have to Pay up’

Next year, both Gielchinsky and Miller expect to see an increase in international investors and buyers, as well more domestic buyers from different regions in the country. Miller said he’s also seeing more local mom-and-pop operators making deals. For smaller real estate investors, he advises that they find a small local firm for their first deal, so they can get experience under their belt.

“It’s really just starting out and doing something manageable, and growing with a company who can provide the resources and capital and understand the business model that we’re in,” said Miller.

One challenge Miller foresees for 2022 is that South Florida will be an even greater competitive marketplace since there’s a lack of available space which will only get smaller.

“You really have to pay up, and you have to pay a premium to get those deals. That’ll continue and be a challenge, especially for newer people and the smaller mom-and-pops, to find lenders who may be willing to dive capital, when there are so many other options out there,” said Miller. “A bank may say, ‘Why give money to someone who is new when there are 10 other people I’ve already worked with who I can give money to?’ ”

Rising insurance costs also present a challenge, according to Miller, who said investors should be conservative and make sure they align their budget with possible increases.

Gielchinsky said he believes the country could enter a national recession soon, but he believes Florida won’t suffer the worst of it.

“We’ll know that in about three to six months when we see the indicators. I think in South Florida, we’ll see the real estate market buoyed by investment, demand, people still moving from the Northeast for at least another year to two years,” said Gielchinsky. “As real estate prices drop nationally, South Florida real estate prices will either continue to rise or stabilize, but not decline for at least another year or two years. Probably another two years. We don’t see that in every crash, but I think this time we will.”