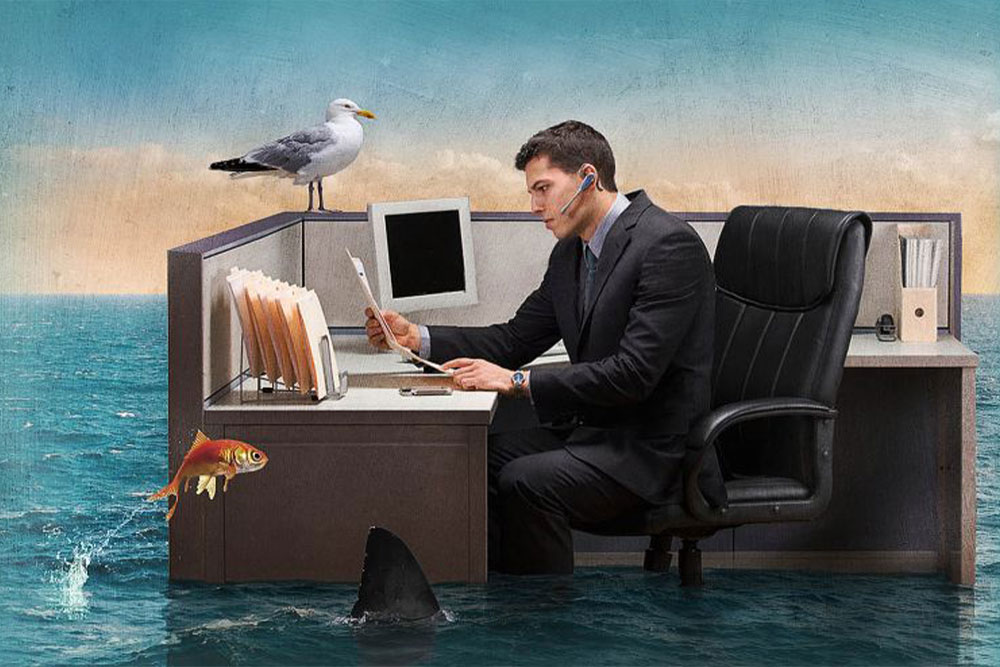 New rules introduce a more complicated risk-rating system, particularly for billions’ worth of coastal property battered regularly by the effects of climate change.

In the security camera footage capturing the moments when the Champlain Towers condominium collapsed in Surfside, Fla., the 12-story structure dissolves in seconds — taking 98 lives with it.

As rescuers dug through the debris of the Champlain Towers South building, it became clear that extensive corrosion to the building’s foundation was a factor in the tragedy. While saltwater erosion and flooding is nothing new for Florida residents, flooding poses a huge danger to people and property in the U.S. — something the Federal Emergency Management Agency (FEMA) hopes to better protect against through changes to the National Flood Insurance Program (NFIP).

“What we saw happening in Surfside regrettably is just the start,” said Daniel Gielchinsky, a real estate attorney at DGIM Law and the vice mayor of Surfside from 2018 to 2020. “The effect of not being mindful of real impacts of sea level rise could be tragic.”

Congress established the NFIP in 1968 to reduce flood damage, manage flood plains and provide affordable, federally backed flood insurance on areas private insurers wouldn’t touch — or would for an all-too-high price. The insurance covers property in the 22,500 communities that participate in the program, and the NFIP has more than 5 million flood insurance policies, protecting against $1.3 trillion in potential flood damages, according to FEMA.

The need for flood insurance, and effective floodplain management, has only grown as the climate has changed. Today, the risk floods pose to U.S. properties carries a whopping $13.3 billion annual price tag — one expected to rise to $16.9 billion, or a roughly 27.3 percent increase, in less than 30 years, according to the nonprofit the First Street Foundation.

About 637,011 retail, office and multi-unit residential properties in the U.S. face an annual risk of flood damage, according to First Street. That number is expected to grow by 5 percent by 2051 to 955,516 buildings due to worsening climate change.

FEMA updated the NFIP this year to more equitably distribute the cost of policies among those who pay for the insurance — and to account for different types of flooding. The previous rating system, which hadn’t substantially changed since the 1970s, considered only two types of flooding: river flooding and coastal flooding. It evaluated a property’s risk to those floods based on its elevation, occupancy type and location within a flood zone.

The new flood risk-rating system accounts for myriad variables — including a property’s distance from water, how frequently that area floods, what kind of foundation the property has and the cost to repair the property. New policies that began on or after Oct. 1, 2021 were subject to the new rating methodology, and all other policies will start going by the new rating system on April 1, 2022.

Importantly, that new rating system includes flood risk from heavy rainfall — which can impact even landlocked properties. Hurricane Ida in August alone caused $16 billion to $24 billion in property damage thanks in part to extremely heavy rain and resulting floods across New York and New Jersey.

“The changes to the U.S. National Flood Insurance policy will lead to a more equitable distribution of risk and risk pricing of real estate,” Partha Bose, head of capital markets at the climate risk intelligence and analytics firm Cervest, said in a statement. “Policies that have previously offered a unified pricing structure across all policyholders and asset types will be more highly priced for higher risk and higher value assets. So the cost of capital for real estate developments for an asset in a high flood risk area is going to increase as well.”

While the cost of flood insurance will increase for some, FEMA doesn’t expect it to go up by much. Four percent of current policyholders, or around 200,000, will see their insurance go up more than $20 a month, with most, or 66 percent, seeing no increase or one up to $10 per month, according to FEMA. The price change will likely be more significant for small property owners — like a person who owns their own home — but the NFIP also provides more relative protection for homeowners than commercial property owners.

The program covers costs for single-family homes often not protected against floods by homeowners insurance — up to $250,000 in building coverage and $100,000 in contents coverage. In the event of a flood, the insurance is intended to restore a building or home to its previous condition, and unlike federal disaster assistance, NFIP dollars don’t ever have to be paid back, according to FEMA.

But the financial impact of the NFIP for property owners of larger multifamily dwellings — who can receive a maximum of $500,000 in building coverage and $100,000 in coverage for the contents of the property — is far less significant. Landlords at this scale tend to need secondary insurance for comprehensive coverage, and can pass off NFIP price increases onto the tenants of a property. For owners of larger buildings, the NFIP plays a more important role informing what other private insurers will cover through flood maps and policies, rather than providing coverage itself.

“There’s going to be pushback when the NFIP says the more expensive lots have to bear a heavier share of the NFIP collection,” DGIM Law’s Gielchinsky said. “But if the insurance is available, there’s always a buyer. I don’t think at the high end of the market it’s going to cause all that much to be lost in the real estate development world.”

Still, when high flood risk prompts private insurers to avoid certain geographic areas, that can push developments, and eventually populations, inland, Gielchinsky said. That uninsurable land, at least in the private sector, has steadily increased in coastal areas thanks to climate change, said Luis Gazitua, a principal at JAG Insurance Group — a firm that insures residential and commercial properties in Southeastern states, including Florida, North Carolina and Texas.

While some insurers stick around in flood-prone areas, those companies do so because they can charge huge sums, since they face no competition.

“The companies who are willing to take chances and take risks, they’re not trying to be competitive — they’re just trying to look at it as an opportunity,” Gazitua said. “Why charge you $20,000 when no one else will do it and I can charge you $40,000?”

In Gielchinsky’s experience, larger insurance firms would meet with elected officials to see if a community is adequately responding to sea level rise to determine how much those firms would participate in local deals.

“They told us very directly, ‘We’re looking at how serious you are,’” Gielchinsky said. “‘We’re measuring what you’re doing, so that we as lenders, and we as insurance companies, know the extent to which we want to be players in the lending marketplace in the next 10 years, 20 years, 30 years. They are absolutely looking at the NFIP standards [and are] absolutely looking at the areas that the NFIP identifies as areas at risk. They will absolutely raise the cost of insurance and the cost of financing in those areas or near those areas.”

The changes to the NFIP — which takes a more individualistic approach to each property — might mean that policyholders could find cheaper insurance on the private market if they have an expensive asset, unless a property resides in a high-risk area, Gazitua said. But the actual cost of policies is difficult to estimate since the NFIP moved to a more complicated risk-rating system.

“You may see such fluctuations of pricing that you might have to not just rely on the NFIP, but to look at private options and other alternative options for pricing consideration,” Gazitua said. “But overall, flood is flood. It’s a requirement. You have to buy it.”

David Druey, the Florida regional president of Centennial Bank — which lends on commercial and residential properties — says it’s too soon to tell if his policies will change with the NFIP.

“I couldn’t tell you what we’re gonna do because we haven’t had any situation where we had the insurance and then something happened,” Druey said. “I’m hoping that it becomes much more user-friendly and makes a little bit more common sense.”

Druey has also seen properties he was hesitant to lend on because of its flood risk, he added.

“If you’re just stuck to the national program and the private [insurance] won’t go there then that would be part of the credit decision because that property would be considered, in essence, unsecured, or not insurable,” Druey said. “So the value of it becomes much less. So that’s something to consider.”

Flood insurance is a requirement for properties located within high-risk flood areas — known as Special Flood Hazard Areas (SFHA) — if a developer wants to use any federal dollars, or use that property to secure a loan, due to the Flood Disaster Protection Act of 1973.

SFHAs are also known as 100-year or 500-year flood zones, and come with an increased (and more expensive) flood risk. Hundred-year floods can happen more than once every hundred years; the term refers to a flood that statistically has a 1 percent chance of occurring in any given year, according to the United States Geological Survey.

Much of New York City’s coastline is considered a SFHA — which will come as no surprise to residents who lived through Superstorm Sandy in 2012, or more recently Tropical Storm Henri and Hurricane Ida in 2021. But SFHAs may be even greater than FEMA depicts in its flood maps, which have been criticized by environmental advocacy groups for being largely out of date, even though the agency is required to update them every five years.

Floods aren’t limited to SFHAs either, which is why JAG Insurance’s Gazitua encourages everyone to buy flood insurance and investigate the flood risk to their property.